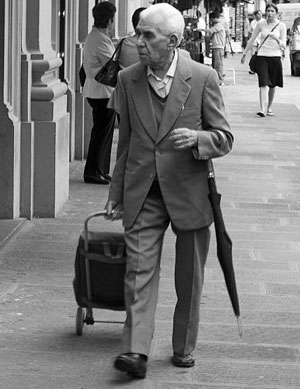 Around 400,000 people a year should get a better explanation of their pension options at retirement thanks to an initiative launched this week by the Association of British Insurers (ABI).

The ABI Code of Conduct on Retirement Choices, which took effect on March 1, 2013, aims to improve the guidance given to people looking to secure their retirement income by using their accumulated pension savings to buy an annuity - a guaranteed income for life.

Annuity decisions, once made, cannot be changed, so it is essential to get the best possible deal.

Under the new rules, insurers managing pension funds will encourage customers to start thinking about their options at least two years before they reach retirement. Details explaining the options further will then be sent out as individuals get closer to their retirement date.

The Code will focus on encouraging people to shop around when buying their annuity to ensure they choose the right one for their circumstances - and get the highest possible rate of return on their money.

The importance of shopping around

From a consumer perspective, the current annuity market is flawed because it encourages customer inertia - pension providers make it easy and convenient to buy the annuity from them, without shopping around, and many people do this.

Yet sticking with your provider instead of shopping around for your annuity - known as taking the Open Market Option (OMO) - can result in you having far less to live off in retirement.

That's why, under the new rules, insurers will no longer be able to include annuity application forms in the packs they send out as you approach retirement. This should encourage more people to take the time to shop around for their annuity.

To emphasise just how crucial this is, research by MGM Advantage shows that average annuity rates have fallen by 21.6% since August 2009. In January 2010, the average annuity for a 65-year old with a £50,000 pension pot would have been an annual income of £3,495.

FBut today the same pension pot would provide an annual income of £2,786.

Over a typical 20-year retirement, today's average annuity rate on a £50,000 pension pot will pay £14,180 less income today than the equivalent annuity in January 2010.

Therefore any action you can take to get a better rate has to be worth it.

Richard Baddon, insurance partner at Deloitte, said: "Rates can vary between providers by up to 20%. As consumers can buy an annuity only once, it is absolutely crucial that they get it right. Annuities cannot be changed once bought, and a bad decision will last for the rest of the pensioner's life."

The Code also means retirees will be better informed about the different ways to take their retirement income, including providing for dependants and protecting their annuity against inflation. Customers with medical or lifestyle conditions (such as smoking) should also be told whether they are eligible for an enhanced annuity which pays out a higher income.

Figures from MGM Advantage show that enhanced annuities account for just 4% of the annuity market where people stay with their existing provider, compared to 46% where people shop around. Yet up to 70% of people could qualify for a better income due to health or lifestyle conditions.

In a market usually surrounded by doom and gloom, the move from the ABI will be welcomed by many. However, critics of the Code believe it does not go far enough.

Darren Philp, director of policy at the National Association of Pension Funds (NAPF), said: "The ABI's work is welcome, and an important step forward, but we believe that there is further to go if we are to maximise the chances of people securing the best possible retirement income.

"Many people approaching retirement will need more active help to get them shopping around for the best possible annuity deal. That could be through appointing an annuity advisor or broker to help them, and embedding that process as part of the pension scheme itself."

Please note: Any rates or deals mentioned in this article were available at the time of writing. Click on a highlighted product and apply direct.