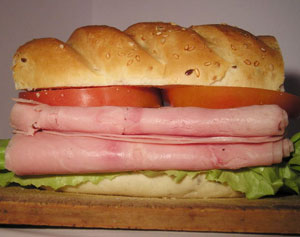 A study has suggested there is a link between people being at greater risk of dying prematurely and a high consumption of processed meat. The research, published in the journal BMC Medicine, involved around 500,000 participants from across Europe.

It is understood the participants were from 10 different countries and that the study spanned over 12 years. It claims to have found there is a connection between having a diet that is high in processed meat foods and heart disease.

Based on the findings, a diet packed high in processed meats saw a 72per cent increase in the risk of dying from heart disease. The study also found that because of this type of diet, there was an 11per cent rise in the chance that death was caused by cancer.

The leader of the research, Professor Sabine Rohrmann, from the University of Zurich, commented on the topic. She said: “Risks of dying earlier from cancer and cardiovascular disease also increased with the amount of processed meat eaten.”

Prof. Rohrmann added: “Overall, we estimate that 3% of premature deaths each year could be prevented if people ate less than 20 grams of processed meat per day.”

One dietician from the British Heart Foundation, Tracy Parker, is referred to in some media reports. She pointed out that the individuals involved in the study also made other unhealthy life choices.

When it comes to distinguishing what a high processed meat diet consists of, it would typically include foods like bacon, ham as well as sausages among other processed meats.

It is important to know that red meat provides nutrients our bodies need, and can help us to keep a balanced diet. An alternative to eating too much processed meat could be to include chicken or fish in our food consumption.