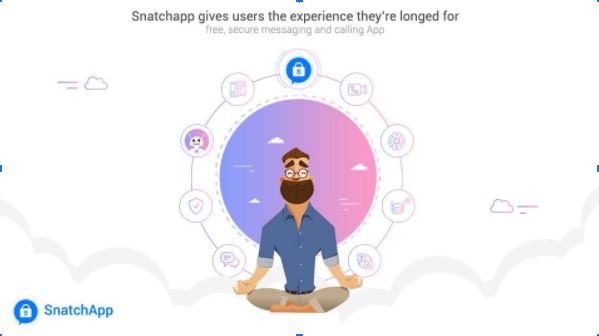 Whatsapp is following the same infrastructure as the parental company Facebook

Whatsapp has recently introduced a new personal policy where users are forced into agreeing to having their personal data information shared. The popular messaging app will have the same infrastructure as the parent company Facebook, with the aim to help businesses to allow to store WhatApp chats for their own purposes.

Users that decline the new policy will no longer have access, leaving them to choose alternative messaging options.

Facebook has been investigated in the past for sharing personal data user information, which is why entrepreneurs such as Elon Musk have suggested for users to move to smaller messaging apps such as telegram and SnatchApp.

The billionaire tweeted this recommendation recently, instructing his followers to use the small messaging app Signal. Other critics such as TechCrunch editor Mike Butcher advised the same thing on the social media platform.

Telegram, Signal and SnatchApp have been highly recommended by major tech critics, with the hope that users will soon delete Whatsapp.

Why smaller messaging apps are now a safe bet

Signal, SnatchApp and Wickr are examples of messaging apps that don’t have close connections with Facebook, thus giving a better chance of not being involved in any scandals that are related to evading privacy of customer information.

Smaller messaging apps also have more advanced features including the self destruction message feature that can be found on SnatchApp, Telegram and Viber. Whatsapp still doesn’t have this feature and is heading towards a similar path that Facebook is on that stands against the value of privacy.

However, what makes the new messaging service SnatchApp stand out is the encryption code that is used for the app, which allows users to hide messages that only recipients can see. Users can even enable or disable the option to have messages disappear after it being sent, giving them the option to have the full maximum privacy that they need.

The messaging app SnatchApp slowly climbed to the top charts in Google Play last year, overtaking Zoom and Whatsapp, as more users benefited from the features it has.

SnatchApp also rose in popularity in iTunes and still continues to be recommended by other users.

It currently has over 2,000 positive reviews on Google Play with critics claiming that it’s “an excellent app for communication and that videos are in high quality” as well as it to be “the best app ever it’s very useful if you don’t have a sim card and you can still message and video call for free”.

Privacy is important for users to have when communicating with friends, which is why the app features End to End Encryption. This means that users who speak to each other are only able to see the codes, without third parties being able to track their information.

SnatchApp is another reason as to why it’s become favourable in comparison to Whatsapp, because of the privacy that is still provided online.

Security is also important when communicating with others, because it eradicates any chances of the information being leaked. “We use open source coding in order to ensure that the information that users share with each other is secure and private and is not sourced by any third party companies.” CTO of the company Snatchapp Avi Benezra stated.

The free app is designed for both businesses and individual users, offering smart features such as integrating real time locations so that users can share maps in a conversation, and having major group meetings with people from anywhere around the world.

A survey was carried out in 2020 by McKinsey, proving that AI technology actually helped increase revenue costs by 44% for businesses in certain departments such as marketing, sales and service, and helped cut down general costs.

SnatchApp is one example of moving forward with the new technology, since it includes a feature that allows business owners to integrate chatbots with the safe messaging app.

CEO of the company SnatchApp Henri Benezra stated that, “AI technology has evolved into something efficient and intelligent, which is why we have given businesses the option to integrate smartbots into our messaging app service.”

The messaging app that stands out

While other messaging app services are trying to gain the top spot and overtake Whatsapp, there are pros and cons that come with them. SnatchApp may not have a high follower count in comparison to Telegram and Viber, but there are more advanced features that are offered to users that they can benefit from. The small messaging app has already highly become successful in a short time frame during the pandemic and lockdown regulations around the world.

Here are the links where you can download SnatchApp: