Is It Worth Playing the Lottery Online and What Are the Chances of Actually Winning? 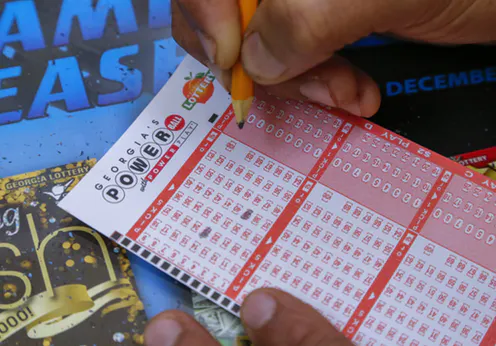 As you may or may not know, the popularity of entering lotteries has sky-rocket in recent times. Especially in India there has been a great surge due to the fact that physical lotteries are banned in all but one state, while plenty of Indian lottery sites have opened up online.

You may be temped to play the lottery online yourself, but a bit hesitant as you don’t know if it’s worth it or not. In terms of choosing between physical retailers and purchasing tickets online, you will probably have to pay slightly more online. However, entering draws over the internet is not only convenient, but you can also subscribe to get automatic entries, receive valuable discounts and get free tickets.

When it comes to entering lotteries as a whole, I wouldn’t be able to tell you if it’s worth it or not. I personally believe it is, but not everyone shares the opinion. Before I elaborate on this, let me start by addressing the big elephant in the room…

What Are the Chances of Winning the Lottery?

It totally depends on the lottery that you’re entering. If you’re playing online at a site such as MultiLotto you can find more than 60 different lotteries and they all have different winning probabilities. However, to give you an example, let us talk about one of the most popular lotteries in the world – the US Powerball.

With regular payouts of hundreds of millions and a stunning record of $1.5 billion, this is one of the lotteries you’re looking to enter if you want to win really big – truly life changing amounts. But what are the chances of winning? Slim, to say the least.

Getting any of the nine prizes that are up for grabs only happens once on every 25th entry on average. In other words, you would need to purchase 25 different tickets to get any type of win. Luckily, a ticket doesn’t cost too much (approximately $3), though the prize you’re getting isn’t likely to be big either.

In other words, when you have survived 26 plane crashes you are ready to win the jackpot in the US Powerball! Sounds impossible doesn’t it? It almost is, though playing the lottery all boils down to one thing…

If You Don’t Play the Lottery You Can Never Win

When I was a teenager, I never understood why my parents were playing the lottery. In my eyes it was a really bad investment, though my dad kept telling me that if you never play you can never win. While those words have always been true, I didn’t realize the worth of playing the lottery until I got older.

So in terms of making money, you would be much better off saving the cash you’re considering buying lottery tickets for than entering the draws. However, saving this money will never turn to a life changing amount, which buying a lottery ticket suddenly could. This is where I and many people like me find the worth in entering lottery draws.

We know that the chances of winning are beyond slim, but the money we spend is such a small amount. And that money would probably be spent on something completely unnecessary if it wasn’t used to buy lottery tickets. In other words, the money we’re spending will never be missed. However, if we happen to win the lottery (even a smaller prize like $1,000) it will actually make a difference at the time.

That’s why we consider lotteries to be a good investment even though they are terrible on paper, and it is also why you as a reader may find value in playing the lottery online.