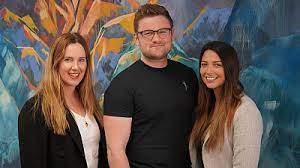 The Fearless Academy has been officially launched in Manchester in a bid to boost employability and close the skills gap.

The new digital skills training centre plans to accommodate 1,000 people who are interested in gaining training or honing their skills in areas like graphic design and web development over the next three years. Its first boot camp, which is scheduled for this coming September, will provide the opportunity for people to train or retrain in various digital skills that are increasingly becoming essential to the UK and global economy.

“But now more than ever, sourcing the right people is becoming one of the biggest issues for businesses. There’s a real skills gap for digital marketing experts that is constantly widening. Our mission is to reverse this trend by upskilling the next generation of ambitious talent.”

The launch of the training centre follows a report released by Tech Nation showing that tech job vacancies are at a 10-year high as companies struggle to find talent with the right skillsets. Last week, The University Academy 92, another Manchester-based digital skills training facility, secured a £1.25million investment as it continues to help startups and businesses gain access to local talents.