Everything You Need to Know About the St Leger 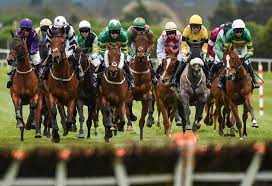 There's a great deal of brilliant British racing coming up as we hurtle towards the end of the flat racing season and St Leger is one of the most exciting races. Held at Doncaster each year, the St Leger Stakes is a Group 1 race, open to three-year-old colts and fillies. It's run over a distance of a mile and six furlongs and, along with the 2000 Guineas and the Derby, makes up the final leg of the prestigious English Triple Crown. In recent years there have been very few horses to have made it as far as St Leger in their bid for the Triple Crown, with Camelot being the most recent in his 2012 defeat.

The History of the Race

St Leger is the very oldest of Britain's five prestigious races, known as The Classics. It was first run in 1776 by Anthony St Leger a politician and ex-serviceman who lived close to Doncaster. He wanted to test the stamina of well-bred young horses and so the race was initially run over a distance of two miles. All of the horses would carry eight stone, except fillies who claimed a two-pound allowance. The winner of the first race took home a prize of 25 Guineas which gave the race its original name, The 25 Guineas Sweepstake. The first winner was Allabaculia a young filly owned by the Marquess of Rockingham. The race was very nearly named after the winning owner, but she insisted that it should be named after Anthony St Leger and the idea stuck. Just two years after its initial running, the race was named and moved to the location where it is still run to this day. The only change to come would be in 1813 when the length of the race was changed to a mile and six furlongs, as it has remained until the present. For a race to run unchanged for more than 150 years is truly staggering.

Today the St Leger Stakes runs much as it ever has. There have been a few years where the course has had to be changed, owing to conflict, reparations, or course restructuring, but other than that, it has always been run at its Doncaster home. Such is the success of this race that it has inspired plenty of other races, including the Irish St Leger, the Deutsches St Leger, and St Leger Italiano. There are plenty of other races too that take their name from the great Anthony St Leger, but these are certainly the most famous and well established. There hasn't been an upset to the leading trainer, owner, or even jockey since the 1800s, with John Scott, Archibald Hamilton, and Bill Scott taking the titles in that order. The fastest horse ever to run the race was Chamossaire in 1945 with a time of two minutes and 55 seconds. The colt was owned by Stanhope Joel and ridden by Tommy Lowrey a veteran of the race. Since then there's only been one horse to win the race in less than three minutes and that was Sixties Icon who was ridden by Frankie Dettori. Although Sixties Icon cannot be faulted, it's worth noting that in 2006 when she ran the race, it was being run over a slightly shortened distance owing to a mandatory course change, these things sometimes happen, as we've written about before on Supanet. That leaves the title of a sub-two-minute St Leger of the 21st century open to any horse who's brave and fast enough.

This year's St Leger promises to be just as exciting as it’s ever been. Those who are looking to place a bet on the action might benefit from signing up with a new bookmaker. There are plenty of bonuses on offer and Sports Betting Online has created an exhaustive list of all of the bookmakers that are offering them, including not just the bonuses available, but also the deposit and withdrawal methods, the sports available to bet on, and a star rating. As for the horses who are in with the best chance, the stand-out favourite at the moment is New London, who's as short as 11/8 on some sites. It comes as no huge surprise that this horse is a long way forward from the others owing to his almost unbeaten record and his impressive win at Goodwood last time out. It should also be noted that he's one of few entries that have run over a comparable distance, something that proves hugely important in the St Leger year after year.