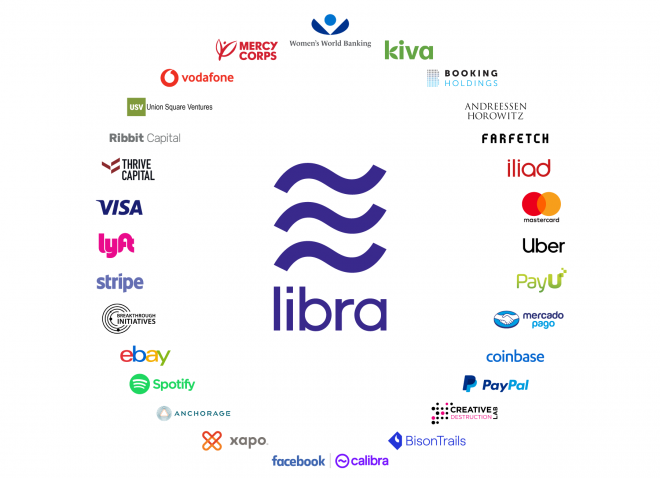 Facebook revealed its ambitious plan to transform the way money moves around the world with a new digital currency and financial system.

In 2019, Facebook announced that it would join the crypto sphere with an open-source digital currency initially called Libra. Facebook revealed its ambitious plan to transform the way money moves around the world, not just with apps but with a new digital currency and financial system.

While it became widely known to be related to Facebook, developers clarified that it would not be run by Facebook but by a non-profit association supported by various companies and organisations.

However, they did admit to profiting from it with a new subsidiary, Calibra, a digital wallet of the same name for storing and exchanging the currency. Facebook claimed that these two divisions would be kept entirely separate from each other.

Diem, formerly known as Libra, is a blockchain-based payment system proposed by Facebook back in 2019. Its objective focuses on providing access to financial services to individuals without bank accounts. Morgan Beller, David Marcus, and Kevin Weil are listed as some of the founding members. Due to various reasons, its initial launch in 2020 was pushed back to 2021.

Diem Association, formerly Libra Association, will manage Diem (Libra). It is an independent membership organisation based in Geneva, Switzerland. The members are made of several companies from the payment, technology, venture capitalists, blockchain, telecommunication sectors, and non-profits.

The Association’s members are responsible for administrative decisions, operation supervision of the Libra payment system, providing grants, and project building on top of the Libra blockchain. Facebook seeks to have 100 members in the Association by launch.

While it is based on blockchain and uses cryptographic technology, Diem (Libra) does not have specific properties that cryptocurrencies usually have. It is more accurate to call it a digital currency.

Curious about how to start investing in cryptocurrency? Click here to start trading.

It is not the case with authorised blockchains, as permission will be required from whoever controls the network to gain access. Specifically, the applications used will need special access.

Unlike other blockchains, Diem won’t use mining or staking for validating transactions as it is an authorised blockchain. It will rely on a set of authorised validators (Diem Association’s members) to validate transactions.

According to the developers, Diem may transition to a Proof of Stake (PoS) system after its first five years. They explain the reason behind the decision of transitioning later as “no unauthorised system currently exists that could support billions of users transacting on it.”

Authorised blockchains can’t be as decentralised as their unauthorised counterparts since they resemble more of a traditional corporate database. Unlike other cryptocurrencies, Libra isn’t censorship-resistant.

The network may end up being relatively centralised because the validators need to be members of the Association. Although, controlling and assessing what applications can interact with the distributed records can have its upsides, like excluding potential malicious applications and scams.

It is now apparent how fundamentally different Diem is from Bitcoin and that both could coexist in the future. Although they’re both considered to be digital payment systems, their aims serve other use cases.

Bitcoin is a decentralised, censorship-resistant cryptocurrency that regularly acts as a reserve asset or store of value. On the other hand, Diem is a proposal that relies on an authorised network that suggests a more centralised model.

What is the future of Diem (Libra)?

In May of 2021, The Diem Association announced that it would relocate its main operations from Switzerland to the US. Additionally, they also withdrew their application for a payment system license from the Swiss Financial Markets Authority, stating that the request isn’t necessary as it pursues its new model.

Following Diem’s initial announcement, Facebook faced criticism from central banks, lawmakers, and regulators. As of right now, it’s still to be known whether the company can put all the necessary building blocks together to make Diem a success.