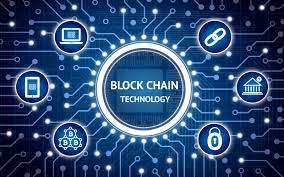 With blockchain being utilised in almost every industry, it is crucial to stay on top of its developments and standards.

Blockchain technology has reached a point where it is widely used in a variety of businesses. Every business seeks methods to take advantage of its decentralised structure and characteristics that allow for safe and private transaction processing. With blockchain being utilised in almost every industry, it is crucial to stay on top of its developments and standards.

What is a Protocol?

Protocols are a collection of rules that allow computers to communicate information. They construct the blockchain structure for cryptocurrencies, a distributed database that allows digital money to be safely transacted over the internet.

One good example is Bitcoin. Its protocol, named Bitcoin Protocol, is used for trading bitcoins. Protocols can be used to differentiate how digital assets are transferred. The Bitcoin Protocol employs a mining-based Proof-of-Work (PoW) consensus mechanism. This implies that data is dispersed (yet safe), and many computers must agree to prevent harmful assaults.

How important is a Protocol to a Blockchain?

The decentralised nature of blockchain is its primary concept, which indicates that there is no centralised authority. Protocols are employed to ensure that it works as planned. Because there is no intermediary, peers or nodes must be linked and keep a copy of the ledger. In the network, there is a consensus process for validating transactions into blocks.

What are the best examples of blockchain protocols?

There are a variety of protocols available, and more will be created as technology advances. However, there are five corporate blockchain protocols in use today that enable some of the widely-known blockchains:

Ethereum is an open-source platform for developing and deploying decentralised apps (dApps), allowing users to make agreements or conduct transactions without the involvement of a third party. It is frequently used to deliver and receive data all around the world.

There is an entire marketplace dedicated to dApps built on the Ethereum network. The most famous dApps created on the blockchain include:

This corporate blockchain platform has only been around since 2012. When it originally began its trip, however, it was not known as Ripple. Ripple was formerly known as Opencoin before being changed or rebranded as Ripple in 2015. RippleNet, in particular, may use its blockchain technology to connect banks, companies, and asset exchanges, focusing on speedier payment processing.

The Ripple is ideally suited for financial industry enterprise firms. Some of the most well-known users of this protocol are Santander, CROSS ENF, and Siam Commercial Bank.

If you are searching for a trustworthy crypto trading platform, check Bitcoin Era.

Hyperledger is a worldwide corporate blockchain initiative that provides the structure, rules, norms, and tools needed to create open-source blockchains and related applications for various sectors.

Because it is hosted by the Linux Foundation, it may be used on servers in various businesses. Its members include industry leaders in banking, IoT, supply chains, and other fields. Hyperledger Fabric, Sawtooth, Composer, Burrow, Explorer, and Cello are the Hyperledger sub-projects.

NEO is a non-profit community-driven blockchain project. It utilises blockchain technology and digital identity to digitise assets and automate the management of digital assets using smart contracts. It also aims to create a “Smart Economy” by using a distributed network,

Same as Ethereum, NEO has a dedicated marketplace for NEO blockchain’s developed applications.

Stellar is an open platform for creating financial solutions that bring individuals from all around the world together. It is concentrating on how to provide a standard protocol language for diverse financial organisations. Stellar also added the ability to design smart contracts, and StellarX became the official decentralised exchange in 2018. Its partners include IBM, Deloitte, The Praekelt Fund, Oradian, and Stripe.