Gearing Up For the 2013 Grand National Horse Race 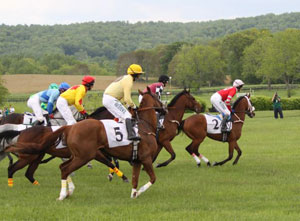 Who Will Fall First?

Considered to be the world’s greatest steeplechase, the Grand National  Horse Race is held at the Aintree Racecourse in Liverpool, and runs a length of two and three quarters of a mile.

The course includes sixteen fences of vary heights with and drops that challenge even the most experienced mounts.

It is by far the premiere horseracing event of the year, with many people who usually wouldn’t get involved with betting placing a wager. Sweepstakes arguably become popular during the time of the Grand National in the UK.

The first official Grand National Horse Race took place in 1839. At that time it was called the Waterloo Cup, named so by its sponsor, a hotel owner and entrepreneur by the name of William Lynn.

The rest is history as the race has grown in size and popularity from its inception. It is a venue where one can see the best horse and rider combinations and many important and well known owners come to test their skills.

One of the most famous races occurred in 2003. It was not famous as much for its winner, Monty’s Pass, as it was for its owner’s bets on the horse that won him a total of over 800,000 pounds. That’s an owner who truly had faith in his team.

It sounds like this year’s race is going to be a real blast as always. Are you feeling lucky?

Be aware of the potential risks involved with online betting and online gambling.