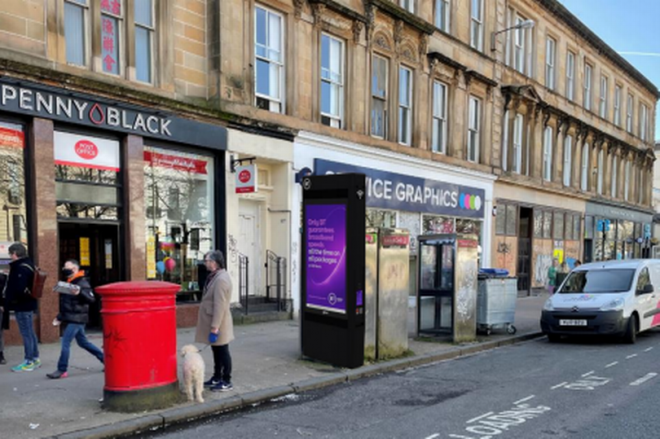 The planned BT Street Hub points will provide more than calling - they will also offer WiFi and charging points.

BT is set to replace old phone boxes in Glasgow with street hub points that offer an array of services, including WiFi, charging booths and an emergency button for 999 calls. The kiosks' screen will be used for display advertising and to show public service announcements.

The street hubs' screen may also be used to inform the public about noise pollution, air monitoring, outdoor temperature and traffic conditions. Other potential uses include giving pedestrians access to maps as well as directions.

BT has sent proposals to Glasgow City Council asking for the LCD advertisement to be hosted on both sides of the proposed units in areas around the city.

A BT spokeswoman said: “Over 400 of our existing Street Hub units are already delivering a wide range of economic, social and technology benefits to communities and local councils up and down the country.