How Digital technology is Being Used in the Funeral Industry 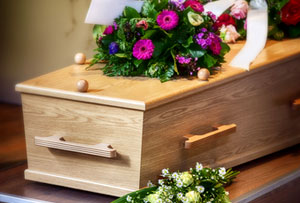 Funerals are an incredibly old tradition, and current funeral practices have been followed for hundreds of years.

People have been burying their loved ones and holding funerals for almost as long as humans have walked the earth. During that time, some traditions have changed, but many remain the same. For the most part, these traditions are rooted in religion, although many people who aren’t religious still follow them.

Despite the strong history of tradition in the funeral industry, it has undergone changes over the years. These changes have been most apparent in recent years, thanks to the introduction of digital technology. The last few decades have seen rapid development and advancement of computing and the internet, leading to new innovations being created.

Obituaries have been a common feature of newspapers for many decades, letting the family of the deceased announce their loss in the paper. This would help the family announce the death to the community and allow people to find out about the funeral and pay their respects. Today, newspapers are not as popular as they once were, but obituaries are still going strong online. The family of the deceased can make a post to an online obituary, announcing the death and allowing people to pay their respects either in person or online.

This idea has been combined with social media, with many social media platforms allowing profiles to be turned into permanent memorial pages. Visitors to the page can add their memories of the deceased, including pictures, videos and music. The memorials will stay up forever and have become a 21st-century way of mourning loved ones. Rather than visiting a cemetery, many people today pay their respects online.

We live in a globalised world, and many families have members living in different countries who can’t always make a flight to attend the funeral. Thankfully, digital technology allows anyone to attend the funeral and pay their respects. Many modern funerals include a webcasting service that allows anyone to watch from anywhere in the world. These webcasts are password protected so that only people with an invite are able to attend. Families, friends and people who knew the deceased can attend and watch the service while also paying respects to other loved ones.

Memorial services can also be included, with viewers able to say a few words and share their memories together. In the future, this technology could be combined with holograms, allowing people to have a physical presence in the venue despite being away. This allows people to feel closer and more connected, even if they’re unable to visit the funeral due to the distance.

Headstones have been used as grave markers for thousands of years, signifying who the grave belongs to. Over the years, these stone markers have changed a lot to include longer messages, pictures and even statues. In modern times, it’s even possible to find digital headstones. These devices include technology such as NFC chips or QR codes that can be scanned by a compatible device.

When visitors interact with the headstone, they can visit the online memorial page to access pictures, memories and videos of the deceased. Over time, these headstones could even be built to include weather-proof LCD screens that use solar power. This will give mourners a more interactive way to pay their respects and mourn their loved ones.