How much is your mum worth? 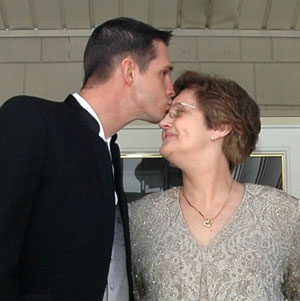 Sunday, March 10 is Mother's Day. It's the one day in the year when mum can relax, put her feet up and know that for once, it's her day to be spoiled

Between cooking, cleaning, looking after the kids and maybe working as well, it can be hard to ever get a second to yourself. But have you ever stopped and considered what the monetary value of everything you do might be - and the financial impact it would have on your loved ones if you were no longer around to do it?

The value of mum's work

Research from Legal & General has found that, if mums were to be paid an average hourly rate for the work they do such as household chores and childcare, the value would be a staggering £31,627 a year.

This is for the mammoth 71 hours a week they spend each week looking after their family and running a household, with the largest proportion being spent caring for children (30.5 hours), followed by preparing meals (8.5 hours).

The L&G research also asked parents how long they would be able to afford to pay bills and cope financially if their partner were to lose their job or be unable to work due to illness. Some 17% said they could not cope for more than a month. Many didn't know how long they would cope but among those that did, the average time was around eight months.

This throws up a major question: how would your family cope if you were no longer able to provide financially through either illness or death?

And this question isn't just for the breadwinner to consider. The research clearly shows that the cost of running a household and childcare also amounts to a hefty bill, so those who work part-time or stay-at-home parents need to also be mindful of the implications.

The priority for most parents in the research (73%) was to make sure their kids would be financially looked after should they not be able to. But only just over a half (54%) had life insurance in place. A third had critical illness cover, 14% had income protection and 12% had family income benefit (life insurance that pays a monthly income rather than a lump sum).

Life insurance is often ignored - or at least pushed to the back of the mind - because no one likes to contemplate their death or the death of a loved one. However, making sure this cover is in place can give you complete peace of mind that, should the worse happen, your family wouldn't be left to struggle financially.

There are different types and levels of life insurance and the option you choose will depend very much on your circumstances.

The main option is term assurance. This pays out a lump sum if you die within the term in which you have taken the policy out. However, within this there are further options:

•Level term assurance - the amount you would receive if you had to make a claim would stay the same throughout the term of the policy.

•Decreasing term assurance- this is usually taken out to cover an outstanding and decreasing debt, such as a repayment (capital and interest) mortgage. As the debt decreases, so does the amount of cover provided, until eventually it reaches zero.

•Increasing term assurance - this is more expensive as the amount you would receive in the event of a claim increases over the term to protect against inflation.

•Family income benefit - instead of paying out a lump sum, with a family income benefit plan you would receive a monthly amount which would run from the date of death until the date the policy was due to expire. You would have to decide the amount you would want your family to receive each month and the premium would be calculated accordingly. You could opt for it to increase each year to take account of inflation as well.

Another consideration is the length of time that you want the policy to run for, and this will depend entirely on your family circumstances.

You will probably want to cover at least until you no longer have dependents, and until your mortgage was cleared.

Similarly, you will need to decide on the amount of money you want to take out cover for - known as the 'sum insured'. Factors such as the size or your mortgage, debts, school fees and the age of your kids will all need to be accounted for. Many insurers recommend 10 times your salary - or 10 times your notional salary if you're an 'unpaid' mum!

You can arrange joint cover for a couple or have separate policies. The potential drawback with a joint plan is that, once it has paid out on the death of the first person, the second will have no cover in place.

Having individual cover is often useful as you can set the sum insured on each policy to reflect how much you each earn.

Your premium will be calculated by weighing up various elements such as your age, gender, occupation and state of health. Being a smoker can have a significant impact on the price you pay (it'llbe a lot more expensive!), and if you decide to stop you would have to be clear for a year before being considered a non-smoker.

Suffering a major, or 'critical' illness is another grim prospect. But again it is something that needs to be confronted. Critical illness cover protects your family by paying out a tax-free lump sum if you suffer from one of the listed serious illnesses contained in the policy.

Core illnesses such as heart attack, stroke, cancer and kidney failure are covered, but you'll need to read the small print carefully. Our guide to critical illness explores the subject in more depth.

This is a type of policy that pays out a regular amount if you fall ill and have to take a long time off work to recuperate. The payments would be made until you returned to work or until the end of the policy term, usually your chosen retirement date.

Again, it is essential that you read the terms and conditions laid out in the policy to find out exactly what is and isn't included.