How Streaming Is Appealing To The Next Generation of Gamers 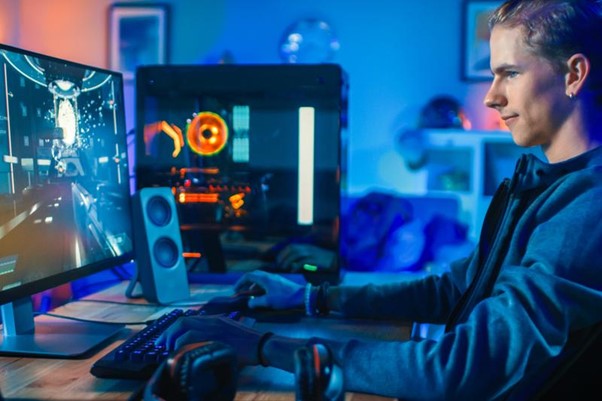 The gaming industry is always going through changes in order to keep up with technology and the demands of gamers, so what changes can we expect next?

The gaming industry has always been keen to stay at the forefront of technology and 2022 is no exception. If you look back at computer games over the last 30 years you’ll see that they have gone through quite an evolution of changes, but it isn’t just the games themselves that have changed. The way games are accessed is also changing – and the days of shelves and boxes full of physical game disks are well behind us. Nowadays people are much more likely to own a digital version of a game, or to pay a monthly membership for access to various games but never actually own the game themselves.

What’s Next For Gaming?

We’re all now used to devices plugging into our TV in order to turn it into a smart TV and give us access to a whole range of other programme options, for example with the Amazon Fire Stick. Many people believe that there will soon be a gaming streaming device along the lines of a Google Chromecast that will allow people to access any games they want via a streaming stick – which could make gaming more affordable and therefore more accessible. Of course, streaming games is nothing new – online casinos such as Spinbit are well known for their live online casino games and the opportunity to stream games with other players and live dealers. The fact that the likes of Microsoft might be taking influence from this and launching more ways to stream games might seem surprising, but when you consider the popularity of online streaming services it does make sense that they would want to tap into this section of the marketing.

Appealing to a New Generation of Gamers

One thing that streaming games in this way does is allow gamers to access a range of games quickly and easily. In the past, people would have needed to wait for shops to be open and save up to afford the hefty price tag that some of these games demanded, whereas now gamers can change their minds easily & access pretty much any game they would like via a streaming service – which could soon be made even easier. According to rumours, testing of this new way of gaming is already taking place & could be ready to launch within the next year, with the right hype around the launch younger games will be keen to get their hands on the new product straight away!