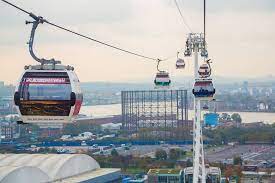 TfL has recently announced its decision to rebrand London's cable car following a new sponsorship with a technology company.

Under the agreement with IFT, the cable car will be rebranded as IFS Cloud Cable starting in October for a minimum of two years. The cable car has been without a permanent sponsor since June when the previous deal with airline Emirates expired.

Josh Crompton, TfL’s head of the London Cable Car, said: “Over the last ten years, we have seen the London Cable Car attract tens of millions of visitors and secure its place as a must-visit UK attraction. The partnership with IFS is an exciting opportunity to continue to build on the success of the most unique part of London’s skyline.”