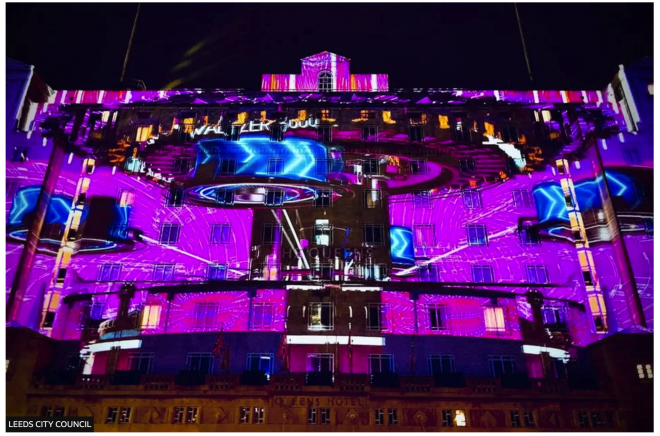 Thousands of people have come together in Leeds last Thursday for the city's annual Light Night festival.

The event, which took place last Thursday and lasted until the weekends, featured 50 artworks that were projected onto major landmarks in the city. One of the highlights was the House of Cards display featuring 128 light boxes, each taking the form of a playing card when lighted up.

"Watching tens of thousands of people and families interact with familiar places and spaces while enjoying spectacular artworks from all across the world is an inspiring sight.

"As we look ahead to 2023 and our year of culture, it also makes a huge statement about what makes Leeds such a unique and exceptional city."