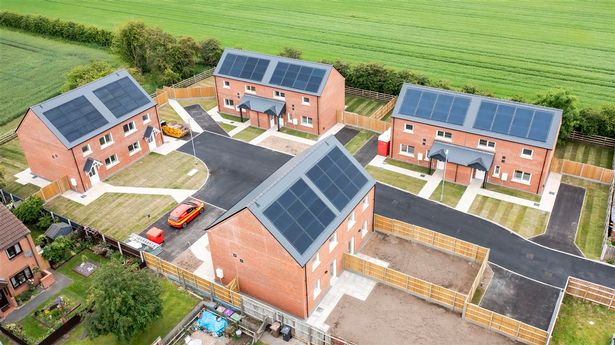 Eight new council properties in Windmill Gardens were officially unveiled by Lincolnshire local council. The homes require less heating and were built to the 'Passivhaus' standard, the highest set standard for efficient, 'ultra-low' energy use in a building. However, they cost more to build.

The £1.6m development started in March and the houses are now ready to move in.

Leader of North Kesteven District Council, Cllr Richard Wright, said: "We'd like to use these eight new homes as an opportunity to share our experiences and the benefits for people of building in this way, to hopefully encourage new Passivhaus and other low-carbon homes elsewhere. Although they are more expensive to build, they are cheaper for occupants to run and generally require 75 per cent less to heat than standard builds."

"This means the council's investment continues to circulate within the local economy."