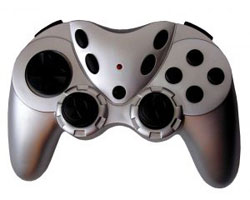 Counter-Strike: Global Offensive, the fourth instalment in Valve Corporation’s FPS series, stands as one of the biggest Esports titles in the world

It has a strong following, a stacked competitive scene and is backed by lucrative partnerships with companies ranging from Intel to the US Air Force.

Set in a picturesque small Italian village, Inferno is one of the most beloved maps in all of Counter-Strike history. Having been an ever-present in every edition of the franchise since its conception, the map is arguably the very embodiment of competitive balance. With a win rate split 50.5%/49.5% in favour of the CTs according to HLTV’s latest statistics, it’s clear that Inferno is a map that goes the distance in competitive play rather than being a swing-heavy pick like Vertigo, Nuke or Train.

Because it is a reasonably simple map to grasp and so commonly played amongst players of all levels, Inferno is frequently used as a decider between Esports orgs in their best of three or five games. Almost everyone is happy playing Inferno, which leads to some of the most competent and accomplished performances in the competitive scene.

Inferno also houses some of the most famous landmarks in all of CS:GO, with Pit, Apts and Banana easily amongst the most hotly contested spots in the entire game. Decent map awareness and utility knowledge is absolutely crucial to getting ahead of the game on Inferno, which makes it one of the most rewarding maps to watch and play on.

The most popular map currently available in the competitive pool according to HLTV with nearly 17,000 plays over the years, Mirage is another one of Counter-Strike’s longest running maps to date. Having never dropped out of the competitive circuit, it’s another one of those maps that has become especially popular as a deadlock decider in a pro game with most sides happy to play on it.

Mirage takes place on the outskirts of a Moroccan town with apartments, a marketplace and a small palace all available to run through and traverse across the map. The map manages to feel more alive than most, with different routes and levels used to provide different ways of accessing different points.

In terms of the latest CS:GO odds, Mirage is slightly more lopsided than Inferno with a 52% win rate for CTs at the time of writing, however that isn’t to say the Ts can’t punish their opponents with a notable proficiency on the A bombsite in particular.

Noticeably far less frequently played than the other maps in the competitive pool with under 10,000 plays, Overpass is one of those hidden gems in the game whose appeal comes from being untapped by most players.

Set in a German suburb, Overpass is arguably the most vibrant and ambitious maps in terms of what it tries to present. Instead of focusing on one specific theme like Inferno or Mirage, Overpass switches things up from a sewer-like lower section, the grey concrete of the toilets, to the grassy strips across the playground on the map’s top third. It really makes traversing the map feel much more real and lends each section much more an identity of its own.

It also allows players to really hone in on their favourite parts of the map and become a real expert in that portion.