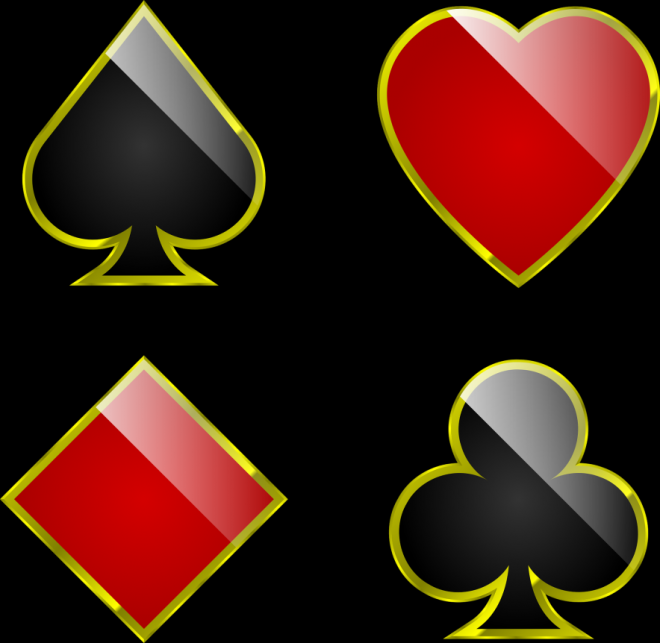 Card games are a great way to have fun with friends. One deck can provide multiple options when choosing a particular game to play.

If you have run out of ideas for what to do one evening, grab a deck and play some Texas Hold 'em or one of these fun card games. Many different games are available, so you can pick some card games that everyone can enjoy!

The majority are simple to learn, and you can play them practically anywhere as long as you have a table and chairs, or if you prefer, you can play on the ground! Here are ten entertaining card games to play with your pals at home.

Despite being prohibited in some parts of the world, it remains one of the most popular card games of all time. This game, usually played by those aged 18 and up, is similar to Bridge and Rummy.

Poker is an exciting and challenging game of strategy, skill, and, most importantly, gambling. Individually, the players compete against one another, and ranking the card selects the winner.

There are many types of poker, and one of the most popular is Texas Hold’em, so if you find you’re at a loose end, why not play Texas Hold’em and see what it's so hyped up for?

Bridge is a well-known and challenging card game that has been popular with many generations of card players. Divide four players into two teams.

Historically Bridge is one of the most popular card games globally, especially among seniors, with millions of people playing in clubs, competitions, online, and with friends at home.

Go Fish is a well-known card game for kids, and it's possible to play with any deck of cards. While there are decks of cards built expressly for Go Fish – generally with fewer cards and numbers than a regular deck of cards – they are not required to play this game.

In clockwise order (to the player's left), each player takes a turn. During a player's turn, they ask another player if they have a card of a certain rank. The name of the game is to collect as many sets of four as possible.

Blackjack is a famous casino game that rivals poker for its popularity.

This game has a dealer and a player, although more than one participant can participate in the game as a player. The value of the face cards is ten points. The ace can be either 1 or 11 points, while the rest of the cards are worth their face value.

The game should end with a total of 21 or a higher score than the dealer.

Rummy is comparable to the law in that there are many different sorts of legislation. Other versions of rummy are well-known worldwide, each with its own set of rules and regulations - to play Rummy well, you need to do some homework.

The winner is determined by the melds made, which are either sets or runs. It's a blast to play the game with four to eight adults.

Cognitive skills are the essential skills required to process information, and the brain is at the center of all learning and experiences. Memory is a game that is perfect for anyone looking to improve their cognitive skills while having fun.

Memory starts with a deck of cards facing down. Each player must turn two cards and add the numbers together; the player with the most pairs of cards matched together wins the game.

If you're looking for a straightforward card game to enjoy with your buddies, Crazy Eights is the game for you! You can play crazy Eight with a maximum of seven people, but it's best with two or three.

In essence, the dealer will give you a hand of five or seven cards (depending on the number of participants). You will take turns playing cards that are numerically or suitably identical to the previous card. If you don't have a card to play with, you must draw a new one.

You've also come to the perfect place if you're looking for drinking card games. Give & Take is a simple game to pick up that leads to fun and alcohol consumption.

Modeled around truth or dare, with players taking turns choosing between truth, dare, or drink.

Cards Against Humanity differs from the other card games on this site in that it requires particular cards. Like playing Apples to Apples, this is a far more crass and humorous version of that game.

Some of the cards are so twisted up that they might be considered offensive, but if you can take it with a pinch of salt, you will find it's hilarious, but that's part of the fun.

The number of participants in some card games is quite significant. Best played with four people, Hearts is a great game. To begin, deal the deck so that each player receives 13 cards. Each player has a turn to play one card, and as you go around the table, you must play the same suit as the previous card.

You can play any other card if you can't play the same suit. After that, the rules become a little more convoluted, so check out this website for a how-to guide. The game is played similarly to golf, to be the lowest scoring player to win!

Card games are a simple way of having fun with friends. Most of the card games on this list can be played using the same deck, making this activity extremely versatile.