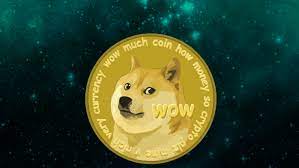 2021 has been a ridiculously good year for Shiba Inu, the meme cryptocurrency with the Japanese dog as its mascot.

2021 has been a ridiculously good year for Shiba Inu, the meme cryptocurrency with the Japanese dog as its mascot.

Let’s take a brief look at how this meme coin came to be in the first place, how it bucked the trend and made significant gains in a gloomy crypto market, and a few other things that you must know before investing or trading with it.

Launched as a Dogecoin Rival

First things first, Shiba Inu (SHIB) is a dog-themed altcoin created primarily to take the mickey out of the Dogecoin, the first ever meme cryptocurrency that Elon Musk has thrown his weight behind.

For those who don’t know, the Dogecoin itself was created as a fun project by Jackson Palmer, an Australian marketing professional, who fittingly named it after the popular Doge meme that came out in 2013 and took the internet world by storm.

Nobody took Dogecoin seriously until it went bonkers on an overnight rally that saw its value soar upwards of 7000%. Yes, that ain’t a typo; you read that right. The perspective about Dogecoin shifted drastically in the wake of the rally, and a lot of people were already waiting for the next meme coin to roll out hoping to strike it rich. These people met their Dogecoin successor in Shiba Inu, and the rest is history.

Proving to be More than a Dogecoin Killer

Unlike its forebear, Dogecoin, Shiba Inu is a token powered by the Ethereum blockchain. In his 28-page whitepaper, Ryoshi, the creator, touches on what makes Shiba Inu different from its peers, and reasons out why building it on a robust Ethereum would be crucial for the fun project to turn into something huge. As a secure and well-established network, Ethereum, he believed, would be the right choice for the project to remain decentralized and yet be widely accessible to a large number of people.

The Shiba Inu ecosystem revolves around three tokens namely the Shiba Inu, the primary token, which has a ginormous supply of one quadrillion coins; Leash, the secondary token with 1,07,646 coins in total; and, last but not least, Bone, the governance token, of which there are 250 million in circulation. Half the coins were locked in a liquidity pool, with the rest duly transferred, as a mark of respect, to Ethereum cofounder Vitalik Buterin.

When Shiba Inu aka $SHIB first burst onto the scene in 2020, it was just a Dogecoin clone and a fun project that had nothing special to offer to crypto enthusiasts. Nobody took the second ‘dog coin’ seriously, it appeared. Even the creator Ryoshi made its fun element obvious for everyone to see, by putting out a whitepaper titled ‘woofpaper’ .

But the paper also brought to the fore some ideas underpinning the importance of having a cryptocurrency project run completely by its community. In under a year, SHIBArmy, the community of people, who share a professed love of everything about Shiba Inu, has grown to over 500000 members. Just as the creator envisaged.

Influencers and jokesters in the crypto space began trading Shiba Inu tokens for ridiculously small fractions of a penny. The value of each Shiba Inu is still minuscule- at the time of writing one US dollar bought 29339 coins.

Making a Mark in the Crypto Space

After their meteoric rise, Bitcoin, Ethereum and the rest of the crypto pack went through a slump. Having run a little too hot and gone a little too far, they were in line for a correction. Not sure about the optimists but the smart money definitely thought so . And they went on an aggressive sell-off spree, quickly liquidating their positions on these cryptocurrencies. It had a cascading effect on the market, setting off a sharp slide in prices that sent other market participants, retail traders and investors, scrambling for cover.

Despite the market sentiment largely being downcast, Shiba Inu, however, showed no signs of relenting or shakiness. In fact, it made waves in the crypto waters- much to the surprise of the critics and trolls – when it went against the broader market trend to make new highs in October. Not bad for a coin that many rubbished as ‘a joke based on another joke’.

The rally sent its price soaring and launched it to a massive market capitalization of $35 billion, confirming that it well and truly belonged in the top 15 cryptocurrencies. A remarkable feat considering it’s been just a year since it rolled out, and nobody gave it a real chance to outshine the frontrunners in the crypto race.

The recent entrant to the world of meme coins had its own defining moment when the famous Singapore-based cryptocurrency exchange Binance made an announcement in May about adding it to its list of supported coins. The dog-themed coin’s ascent received another big boost thanks to an announcement about a listing, this time from Coinbase, another famous cryptocurrency exchange. Speculations are rife that Robinhood, another household name among traders in the post-pandemic era, might as well list Shiba Inu for trading on its platform. All these positive reports bode well for the currency in the near future.

Adding $SHIB to your Crypto Kitty?

Perhaps you think it’s not actually silly to put some money into the altcoins and want to pick up a good chunk of Shiba Inu yourself. Check out coinlib.io/se/guides/how-to-buy-shiba-inu-shib-an-easy-step-by-step-buying-guide for a step by step guide and go shopping for some cute dog coins. Bear in mind that crypto is still not a fully developed space and these currencies and meme coins are just highly speculative with a lot of risk. They have no inherent value, are unregulated, and go through phases in which market volatility can go rocketing up triggering a sharp selloff. Meme coins, in particular, are a tad riskier because they’re still an emerging space and don’t have any underpinning technology powering them, and are basically built on another blockchain. When there is absolutely no utility of its own, these coins rely mostly on the size of the community of backers to stay in the game let alone grow in value. And, for them to do well over a long period of time, the community rooting for its success needs to keep swelling at a good rate as well. Another reason their risk profile is huge is because they’re largely driven by speculative social media frenzy. Tweets from highly influential figures in the crypto space such as Elon Musk have often moved the needle too, sending the market into a bout of speculative cycle of buying or selling.

Keep all these things in your mind and exercise caution if you’re looking to purchase these dog coins in bulk.