Should I Mount the Projector on a Shelf or the Ceiling? 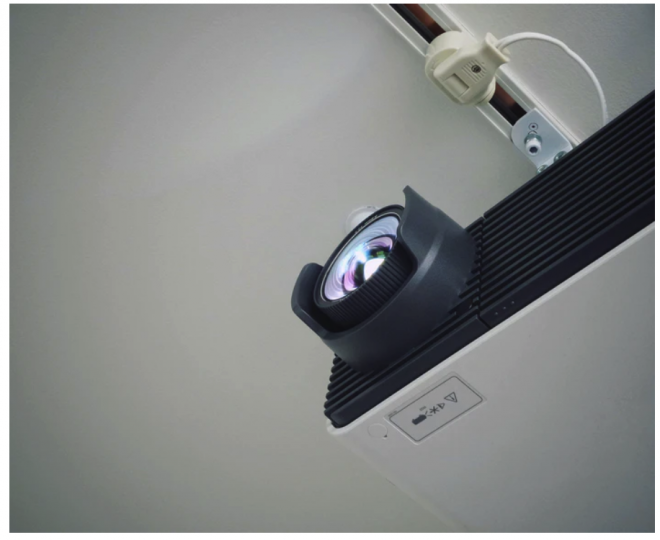 Mounting a projector offers several benefits. Maximizing the space in your office is one of them.

Mounting a projector offers several benefits. Maximizing the space in your office is one of them. But which is better - mounting the projector on the ceiling or shelf? Which should I choose?

Both ceiling mounts and shelf mounts have their benefits to offer. However, when it comes to installation cost, a projector shelf-mount is cheaper. In addition, this method of mounting your projector allows you easier access to power outlets.

To understand the difference between a projector shelf mount and a ceiling mount, here are some of their pros and cons you should take a look at:

A projector ceiling mount makes it possible to set up the projector closer to the screen or the wall. It is particularly better if the shelf is placed in the rear part of the room. This lets you get the best out of your device's brightness.

Another thing is that it keeps the projector secured in a high place so people won’t accidentally bump on them. It also prevents the projector from getting in the way. This setup permits people to pass by without blocking the light when projecting an important presentation.

Meanwhile, a ceiling mount also has its cons. For example, you have to have a cable inside or ceiling for your projector. It won't be a problem if the room has an existing cable. Otherwise, you have to do another installation.

As mentioned earlier, among the pros of shelf-mounts is that they'll let you save money. But, this advantage is only attainable for those with an existing shelf. Shelves are also easy to install. In addition, they require less cabling as the projector will be closer to the power outlets.

When it comes to maintenance, shelf mounts are easier to handle. In addition, it is more reachable, making replacing the lamp and cleaning the projector easier.

On the other hand, shelf mounts allow less ventilation. You'll generally need at least a 20 centimetre gap between the projector's vent and obstruction so it stays cool. Unfortunately, most shelves don't allow it.

Another con of placing the projector on a shelf is that the image projected might be too high. It is a typical issue for a high shelf. However, most projectors today have the “vertical lens shift” feature, which solves this issue.