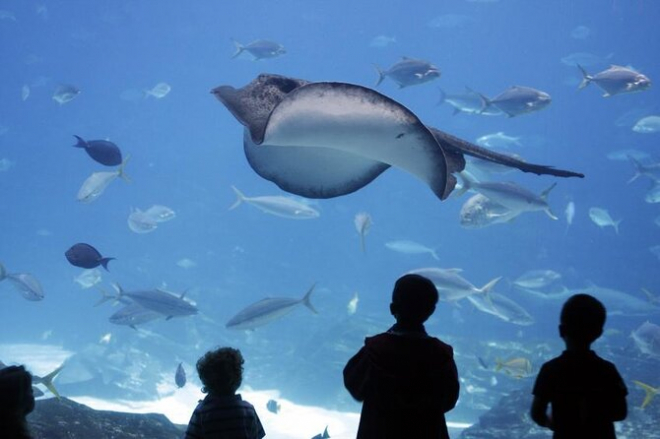 Swansea local council says an interactive aquarium is proposed for a seafront site close to the Civic Centre.

A new interactive aquarium could be coming to Swansea, the leader of the local council has confirmed.

Rob Stewart revealed the plan could potentially see the new attraction built between the Swansea Arena coastal park and the Civic Centre. If the plans push through, the aquarium will be based on The Cube, Brisbane - a two-storey interactive attraction that features nearly 50 touch screen displays.

Mr Stewart said: "We are already talking to partners about this fantastic new attraction and the go-ahead for a new aquarium would be another massive boost for our tourism economy, which is already worth nearly half a billion a year to our city and region. It will add to the city’s growing attractions and give even more reasons for people to visit and holiday here."

Fellow cabinet member, Cllr Robert Francis-Davies, said: "The new aquarium attraction will combine live exhibits with digital interactive and immersive technology, which will be a first for the UK. It will also be an important educational resource for children and students in Swansea." Read here about the cafe-bar near Swansea Arena which has promised it won't be an alcohol-led venue.