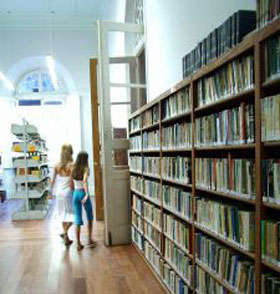 As we go through another week of layoffs, social isolation and online learning, books seem to be a breathing space from the current pandemic situation

People are looking for more books to entertain themselves; while it may be challenging to choose a great read, we decided to recommend to you what to read while in isolation.

Here we put forth all things that make The Cask of Amontillado one of must-read books. A book that will engage even those who have difficulty engaging with a book.

So if you are trying to escape the news of the pandemic happening, this great piece of literature might be the best antidote for the psychological toll of socially distanced life.

You have probably come across many essays about the Cask of Amontillado, but none of them really triggered you to dive further into reading this story.

Keep reading to transport yourself to a state where you will feel the dark and raw energy of the Gothic setting. This essay will allow you to see the Gothic elements that Poe uses in most of his literary works.

Why is the Setting in The Cask of Amontillado so Important?

The Cask of Amontillado is a short story in which symbolism, horror, suspense, surprise, little by little prevail. As with any story, the setting is an important element. Here the setting is during the Carnival festivities in Italy, and is used to reveal certain feelings and illustrate the character’s intentions.

In The Cask of Amontillado, Edgar Alan Poe presents a dark setting that conveys the underlying theme of the story, which is death, revenge, and deception.

Poe sets the tone of the story by presenting the gloomy and threatening vaults of Montressor’s home. This leads readers to believe that something is amiss. While the author decides not to describe many of the Catacomb rooms, he already led the readers to believe that all of the rooms are the same - accompanied by fear and possibly death.

Although Poe doesn’t allude to noises in this part, nevertheless, noise is an important element of the setting as well.

The Cask of Amontillado Summary

The story begins with Montresor stating that he has been insulted by his ally Fortunato, thus seeking revenge. On the night of the Carnival, Montresor decides to take advantage of Fortunato’s love for wine so he puts his plan into action.

Then Montresor tricks Fortunato into venturing to the dark vaults and by the time they arrive, Fortunato is so drunk to notice that there is no wine in the cask. With Fortunato chained inside, the narrator Montresor talks about the fearful cries of Fortunato and his attempt to free himself from the chains. If you want to find out more, read the free sample of The Cask of Amontillado essay. Moreover, you can explore hundreds of online examples that help students prepare for literature exams.

The Cask of Amontillado Analysis

The Cask of Amontillado is a story that features revenge and murder without using any legal penalties. Poe uses color imagery to hint at Montresor’s motives - his face covered in black mask points out to not just blind justice but rather biased revenge. On the other hand, Fortunato’s motley-colored costume of the court fool designates Montresor’s masked motives.

While the Carnival often represents something joyful, Montresor turns it into a murderous setting. Moreover, Poe makes usage of foreshadowing as a literary device to bring suspense in the story. The final moments of the interaction between these allies and Fortunato’s plea for help only intensifies the horror throughout the story.

Poe also uses irony, giving Fortunato an ironic name, which means ‘the fortunate one’ in Italian. The story is in the first person and is told by Montresor’s own perspective.

Many critics argue what inspired Poe to write such a story. Many believe that the horror of being buried alive is a fear that nearly everyone has thought about so it is the fear of this burial that Edgar Alan Poe plays on. Poe makes this part very long and points out on the elements of fear.

Others believe that it resembles a story that Poe heard while at Fort Independence in Massachusetts in 1827. Back then, the fort had a statue of a lieutenant who was killed in a sword duel following a card game.

However, The Cask of Amontillado reflects the society in the 1840s where alcoholism and gruesome deaths were very common. So it’s no surprise for someone to write a story including such elements.