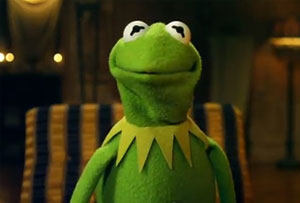 News that Kermit and the gang did a trial show may suggest that they are headed to Broadway.

Rumours that the Muppets will take Broadway have started swirling after Disney reportedly tested the concept.

The trial presentation reportedly included over 85 Muppets and multiple sets to gauge if taking the gang to the Broadway is feasible considering audience sight lines and puppetry needs.

Disney Theatrical producer Thomas Schumacher confirmed the report by saying: “It was a test of a concept.”

Going to Broadway seems to be the natural step for the Muppets since they were put back in the public eye in 2011 with Jason Segel’s The Muppets. The sequel, according to reports, is to be released on March 2014.

The Muppet show debuted in 1976 and ran until 1981. Muppet movies, which include The Great Muppet Caper, The Muppet Christmas Carol, The Muppets Take Manhattan, Muppets from Space, and Muppet Treasure, were all successful in the box office.