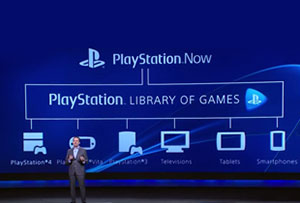 There are several videogames that are available for people to play.

Somehow the ones that have military and war like basic structure seem to be more popular with the crowd. The reason for this is many. The war videogames are not just exciting to play but command intellectual and creative thinking of the players in order to win the game. It also brings a feeling of self-satisfaction when you win the game. Also the graphics of the game and the battle royale mode makes it even more real. Hence it is no surprise that they have become popular. Listed below are 5 war videogames that are topping the charts of 2021.

The Apex Legends game has an exciting set up where you have to engage in gunfights with other players in what seems like a dystopian mech world. This is also a free to play game which has many unique features which set it apart from the rest. In this game you can revive your dead team mates by taking their data chip to a respawn point. It has attractive Legend characters which have different skills and abilities. It is difficult yet exciting to play and you can get several Apex Legends tips online which you can use to get an upper hand in the game.

This videogame was released last year and was free to play for everyone. Call of Duty Warzone is based on the foundations of Modern Warfare having a smooth execution and fights that seem not just real but also fair. It has 150 players battling each other across a huge map of Verdansk. It gives you plenty of opportunities to loot and shoot and also offers several modes of revival even if you get killed. This is a battle royale game that quickly won the hearts of many and became popular last year and remains so this year too. Like there is coaching for Apex Legends available, you can get coaching for Call of Duty too.

One of the most realistic wargames is Battlefield. This videogame is based on a World War I setup whereas Battlefield V is based on World War II. The connection with real world events makes this game interesting to play. Players are young army personnel who have to navigate their way while fighting the German Army in a war like scenario where the buildings are bombed and the players are showered with rubble. The sheer authenticity and entertainment associated with this game has made it extremely popular.

More popularly known as PUBG, this game had become the rage when it first released in 2017. PUBG was the game the first popularized battle royale games among the masses and accumulated around 3 million players very quickly. It still continues to be one of the topmost games played in 2021. It allows player to play solo or in groups of twos and fours. There are 100 players playing the game concurrently where they have to search for armor, weapons and equipment. They have to battle it out with other players and the last man or team standing wins the game.

Ring of Elysium has become an admired videogame because of its spectacular design and amazing gameplay. The players are struck with disaster and they have to save themselves by reaching a helicopter which has room for only four people. This battle royale game is an eclectic mix of thrill, snowboards, gliders, survival strategies and unique game styles. To win the game you just have to outlast the other players in a disaster struck environment.