Top Online Competitive Games You Might Want to Try 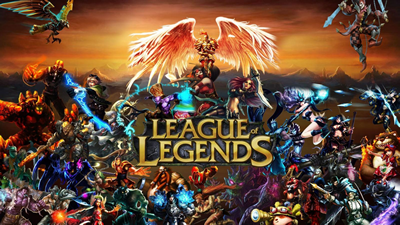 Video games have changed the world since their inception a few decades earlier, particularly how we view entertainment.

Now, it is a multibillion-dollar industry with an estimated 2.5 billion active gamers in the world. The numbers are fascinating, and few people could have predicted that the main source of entertainment for this many people would be sitting behind a screen and playing. With the imaginative worlds created and the intricate gameplay, it does make sense that video games are this popular.

If you are still new to this world, then you have much to explore. There are plenty of different consoles you could try out, not to mention traditional PC gaming. The catch, though, is in finding the right games for you. This is a list of the top online competitive games that you might want to try.

You won’t find a gaming list without Dota 2, and for good reason. It is considered by many to be the ultimate battle arena game, and it helped give birth to many other similar games that are quite popular around the world. Dota 2 is played on computers, and it provides one of the most satisfying gaming experiences you could ask for. The concept is simple; each team consists of five players who are pitted against one another in a quest to destroy each other’s bases. Your team must defend their territory while simultaneously trying to destroy the other team’s base. Each player gets to choose from a pool of heroes, each with a set of unique abilities and powers.

Each game has 10 different heroes, pitted against one another in the ultimate battle. There are also several shops from which you can purchase various items to strengthen your hero. You gain experience points throughout the game to increase your competitiveness, but as do the other players. The great thing about Dota 2 is how it is a team-based game, yet it requires individual skills as well, and the ability to master several different heroes.

You can’t talk about online competitive games without mentioning Counter-Strike Global Offensive. It is one of the most popular first-person shooting games, and despite being around for years, the game still holds its own against more modern games. The game was released in 2012, and it still has a cult following and is quite popular online. There are even online competitions, hosting Counter-Strike tournaments for significant prize money.

While its visuals are somewhat old, the game still offers quite an exciting and interactive experience. It is one of the more addictive first-person shooting games. Players are pitted against each other either in free-for-all modes or as teams, and you shoot your way to victory. Another great feature about Counter-Strike Global Offensive is the availability of several game modes, each with an exciting mission or objective.

Fortnite had taken the world by storm when it first was released, attracting millions of players across the globe. It is one of the most competitive online games that offer an enthralling experience, and it is great for beginners as well as more seasoned gamers. You get dropped into an arena with 99 other players, and the goal is to emerge victoriously. Needless to say, it takes a lot of skill to win against this many players in a first-person shooting game. It’s challenging, but quite addictive and entertaining, which is why it has been one of the most popular shooting games for the past three years.

Over the course of the game, each player has the opportunity to loot resources and collect equipment to increase their abilities. You can also build structures to defend against your enemies. What makes Fortnite even more brutal is how players are pushed further into the center of the map as time goes by, and battles become more ruthless. The goal is to be the last man standing. If you think you have what it takes, then you should definitely give Fortnite a try.

Fans of the Dragon Ball anime will know this game, and if you happen to love anime in general and video games, then Dragon Ball Fighter Z should definitely be on your list. This game is perfect for lovers of the original anime or manga because it spans the events of several series and movies, not to mention the presence of a host of your favorite characters. You can expect to encounter it all in this game, from aliens to androids battling for dominion. You can enjoy the opportunity to play with your favorite heroes in this thrilling game, going on some wild adventures.

In the latest version of this game, the game’s model is changed into a 3 versus 3 tag-team fighting, which makes it more exciting. The game has also witnessed improved features and design, giving it a beautiful interface and some wonderful gameplay. The combat sequences in this one will entertain all players, and fortunately, the controls are also smooth, so you won’t have trouble adapting to the new gameplay.

Like Fortnite, PlayerUnknown's Battlegrounds (PUBG) garnered massive attention over the world when it first came out, and it is still quite popular to this very day. The goal of this game is to also be the last player standing. You need to do that in an open-world first-person shooting setting, and it is delightful. The game is quite difficult, though, so you might need some PUBG hacks to get the best of your enemies. What makes PUBG both interesting and complex is how it strays off from many of the norms and traditions of similar games. It has a little bit of everything; elements of open-world games, the gameplay of the first-person shooter, and a player base similar to massively multiplayer online games (MMOs).

The resulting product is a game that is unlike anything you have ever played. It is tense and thrilling, but not too difficult that it becomes inaccessible. You have plenty of features to help you throughout the game, starting with the option to select where to land your parachute. All players start with a weapon, too, unlike other games where you start unarmed and have to look for weapons. Remember, though, that the giant dome that you’re in keeps reducing the playing area, and you die if you are outside.

This game is available across several platforms, including PCs, PS4, and Xbox. Overwatch is a first-person shooter game that is highly competitive and entertaining. It’s also a team-based game that puts you in a fight for your life with 5 other teammates. You get to defend your territories from the opposing teams, engage in glorious combat, and try to invade the other team’s lands. Overwatch is a great option for players who like action-packed games where you’ll barely have time to catch your breath. It also offers several modes that cater to different tastes, and it is great for both long and short gaming sessions.

The King of Fighters XIV

This PS4 game is highly popular and it offers a competitive gaming experience that would keep you on the edge of your seat. This action-packed game pits teams against one another, and its gameplay is what you might call easy to learn, but difficult to master. Each player can use various special attack combos and defense moves that would both look super cool and get the desired result. The great thing about The King of Fighters XIV is it is quite fun to watch this game being played due to its incredible visuals and exciting gameplay. It is fun and challenging, and it should definitely be on your list. There are also some tournaments for The King of Fighters XIV online if you fancy yourself being a champion.

This 2019 game is one of the most competitive first-person shooter games out there. You can flex your shooting skills with the missions that come with the game, but once you’re done with those, you can move on to the online mode for some wild battles. Modern Warfare comes with several online modes that will pit you against players from all over the world for some insane games with all sorts of weaponry. While it is a bit challenging at first to master those different weapons and the gameplay, once you do, it is quite rewarding.

Call of Duty: Modern Warfare also has some of the best visuals on the market. The characters look real and the effects are incredible. The locations in the online competitions are also quite vivid and make for a beautiful background for the thrilling battles that take place.

To say Street Fighter is a legendary game would be a massive understatement. It was first released in 1987, and it is still going strong to this very day with newer versions coming out all the time to entertain fans of the series of all ages. Street Fighter is as competitive as an online game could get because the concept is quite simple really. Two players pick characters to control, and they get into a bloody fight that ends with one side emerging victorious. This game is not mindless, though. There is a lot of strategies involved with Street Fighter. Each character has certain moves and combos, not to mention strengths and weaknesses, and you need to leverage all those things to beat your opponent in battle.

League of Legends is probably the most successful game inspired by Dota 2, and it is also one of the most played online multiplayer online battle arena games in the world. League of Legend has everything a dedicated gamer could ask for. It incorporates elements of real-time strategy, RPG, tower defense, and much more, which makes it a cut above the rest when it comes to multiplayer online battle arena games. Perhaps the biggest advantage of League of Legends is how accessible it is; anyone could learn how to play the game. Mastering it, however, is a whole other story. You need to learn how to control the heroes and use their powers, purchase the right items, and much more before you could call yourself a good player here.

Rocket League is a game that could get you addicted within a few short games. Its exciting gameplay and fascinating visuals could capture any gamers’ attention. You could easily learn to play this game but to actually win, you’ll need to work for it. The concept itself is quite brilliant, though you might find it a bit funny before playing yourself –– it’s basically a football game, for cars. So, you can expect incredible goals, fascinating caves, and all the rush and excitement that come with football matches, only with cars. Rocket League offers some of the best controls and gameplay you can find in a video game, which adds a lot to the overall experience.

Much like Street Fighter, Mortal Kombat is a legend in the gaming world, first released in the early nineties. Since then, newer versions have been released, all the way to Mortal Kombat 11 back in 2019. It is the ultimate fighting game with some ingenious gameplay and clever storylines. You time-travel to the past so you could fight your enemies and change the outcome of the future, which makes for some incredible fun. With improved gameplay and superior visuals, you can expect to have a blast playing this game, whether you’re playing with a hero or a God. The best part is, you don’t need to have played previous games to enjoy Mortal Kombat 11.

As you can see, there are plenty of games online that could fuel that competitive drive of yours and keep you entertained for hours. So, where do you start? Well, you can check trailers and gameplay of these games and see what fascinates you the most. Then, depending on your console, try getting one of these and start gaming. Take your time with it, because with most of these games, you will need some time to get the hang of things and start winning.