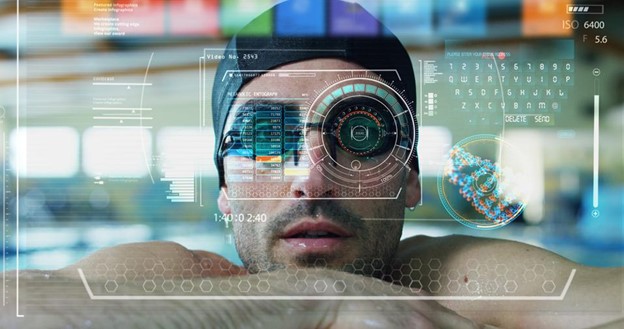 Technology touches nearly everything we do and sports training is no different.

Virtual and augmented reality have taken their rightful places in the sports training world and below we will discuss how it all works and the increasing popularity of these state-of-the-art technologies.

Consider augmented and virtual reality as you would sirloin to filet mignon. They are both steak but just different cuts. Both are being actively used by big companies as evidenced by a recent report from Deloitte that revealed almost 90 percent of companies with revenues between $100 million and $1 billion are engaging in virtual or augmented reality in some fashion.

Virtual reality is the more intense of the two as it transports the viewer, usually via a headset, to an alternate reality that has been constructed by the provider. To enhance the experience and make it even more immersive, oftentimes sensory equipment will be planted on the body to demonstrate movement and sensory gloves will also be worn. Video gaming software engineers have long embraced VR and so too have athletic trainers, which are only a few of its many applications.

Augmented reality begins with an actual picture and layers or projects something over it to change its appearance. Smartphones can be used but rather than create an alternate reality, it simply enhances the one we are in through cartoon layovers or something foreign to the actual picture. It doesn’t replace reality like VR, it simply adds to it.

Professional sports and college athletics are big business. There are millions of people impacted by it in one capacity or another, and careers are forged around athletics whether it be marketing, sales, coaching, training, or any number of occupations that are predicated on elite athletes competing against each other.

Even ancillary industries thrive because of sports, such as the online bookmakers who deal odds on the various sporting events around the world. The best sports betting app can be used to find odds, detailed analysis of the games, and injury reports which are used by bettors to determine which side, total, or prop bet on which they will wager.

And when people have a vested financial interest in something, they become more interested which manifests in increased TV ratings which, in turn, grows the sport and attracts bigger sponsors with larger advertising budgets. It is all an eco-system where the parties enjoy a symbiotic relationship. And it is in everybody’s best interest if the stars of the show continue to remain healthy, injury-free, and operate at peak performance.

Ultimately, this is why sports training is so important. And using the latest technology to keep these athletes fit is why it has become so popular. Let’s take for instance the wearables, one of the most innovative technological advances in sports training therapy. These pliable materials can be placed all over the athlete and his or her movements will transmit data and elicit information that can be used to compare the current results to historical statistics on the subject. This will allow the trainer, doctor, or therapist to ascertain whether the athlete is improving or regressing and can alter the training regime based on that information.

And while virtual reality headsets and wearables are a common sight on the training grounds throughout professional and high-level college athletic teams, it’s not just for elite athletes. Many of the technological advances we derive from VR and AR are filtering down to the weekend warrior who likes to play for fun on the weekend but has to stay injury-free to make a living come Monday morning.

Much like Peloton, Supernatural is a virtual reality fitness subscription service that is used by average men and women looking to keep fit. It was recently bought by Meta (the old Facebook) and Supernatural’s CEO, Chris Milk, has decided to join the Meta team and expand the company’s reach with the vast new resources they now have at their disposal.

Milk had discussed his VR software and its application in the fitness world for everyone who wishes to participate. “I don’t know the last time you were on a treadmill and half an hour seemed like 15 minutes. It’s certainly never happened to me. We thought, in the process of thinking about how we use this technology for this other use case, that definitely went into it.

“There’s something about your perception being removed from your physical body in space that just makes stuff hurt less, but it also makes it easier to push yourself harder when you’re doing a cardio workout. It does hurt less and yes, it’s part of the fact that you’re basically playing a sport that is fun.”

And having fun is a very real component of the VR experience because the more appealing it is, the more people will engage with it, and that includes professional athletes. Virtual and augmented reality is here to stay and there will be more and more real-world applications in the future.