Why Use Flutter for Your App? 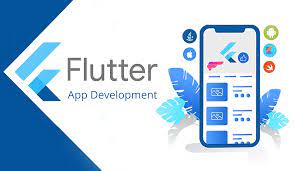 Flutter is Google’s UI toolkit used for creating applications for not only mobile but web, desktop, and embedded devices.

Today’s variety of technologies is impressive. Developers have such a great choice as never before. They have the opportunity to select the tech stack based on the app functionality, development approaches, project requirements, etc. The interesting fact is that along with the established market representatives, and new technologies appear constantly. Often these solutions don’t need that long time to become popular as they can easily compete with the older technologies.

So let’s discuss one of the technologies known for the fast development over the last years. It’s Flutter, Google’s UI toolkit used for creating applications for not only mobile but web, desktop, and embedded devices.

The history of Flutter is quite interesting. Even though it’s initially developed for the Android operating system, the team’s main focus was on providing Flutter support for both Android and iOS platforms. As a result, the first stable version of Flutter, released in December 2018, was introduced as a cross-platform framework. It quickly became the preferred choice for a number of developers.

Moreover, this framework is constantly evolving with the introduction of new features as well as moving to new platforms. For example, the technical preview for web support was introduced in May 2019 that was less than six months after the first release. As for now, Flutter version 2.5 was released to stable on the 8th of September, 2021.

It is great to discover now that Flutter started as a mobile framework was successfully transformed into a fully-fledged solution for desktop and web application development. Covering a number of distinctive advantages, it won’t be surprising why Flutter has become that popular on the market. So how can it be beneficial for your project? What are the main Flutter advantages?

Cross-platform support allows developers to focus on the shared codebase and deliver applications for different platforms. It provides all the necessary designs and widgets in order not to depend on the specific platform.

Developers choose this framework as they can deliver the apps sometimes twice faster than with other solutions. Creating one codebase will preserve not only development time but resources.

That is one of the distinctive features that support Flutter in fast advancement. Being free, user-friendly, and accessible to any developer, it quickly got recognition among the community. The Flutter team managed to build a strong foundation based on open collaboration and diversity.

Taking into account the development strategies, Flutter can become an efficient solution for both startups and well-established businesses. Firstly, it advances app performance and increases the team’s productivity. Secondly, it enables shortening the development time and cutting the cost expenses.

Flutter is a great technology to choose for your next project. Either mobile app development or web application development with Flutter can address the project needs and requirements to deliver valuable and attractive products on the market.