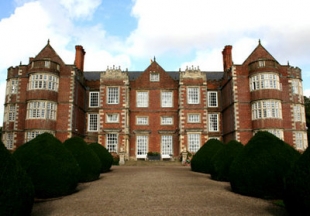 The skull that watches over the house

According to tradition, the mansion of Burton Agnes Hall (pictured) was built by the three Griffiths sisters in the reign of Queen Elizabeth I. But the youngest, Anne, was robbed and murdered by an outlaw.

Before dying, she grieved that she would never see the hall complete, and made her sisters promise they would remove her head and take it to the house. The sisters did not. And when they took up residence, the mansion became haunted.

They had their sister dug up and the head put on a table. Some time later, a maid tried to discredit the story by throwing the skull on to a wagon standing outside the Hall. The horses immediately reared up, and the whole house shook so that the pictures fell off the walls. Things only quietened down when the skull was put back on the table.