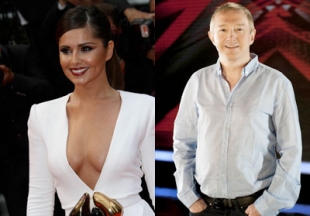 Cheryl and Louis have been engaged in a war of words ever since Ms Cole ripped into him in an interview with Marie Claire, saying of his 'management' of Girls Aloud:

"We didnÂ’t talk to him or anything like that. He just took a cheque. Louis had zero involvement... We managed ourselves. He never chose a hit. Who chose them? Us."

Louis hit back, criticising her singing talent and accusing her of trying to court publicity by having a pop at him.

However, Chezza has been the bigger person and cleared things up with Louis. She tweeted:

"Bout to take this ish to the main stage *calls Louis*Â…", before posting a copy of an apologetic text message from Louis himself.